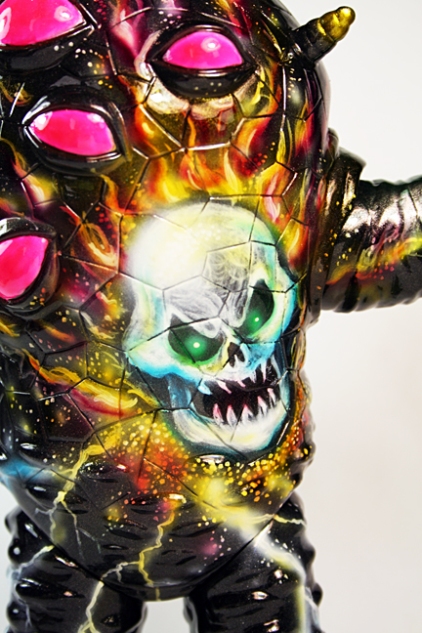 Well the Kaiju work here at Max Toy’s continues at such a hectic pace  ;-O .. case in point this newest Kaiju Eyezon custom for an upcoming show at OneUp store in Japan .. the theme is land animals or something like that .. hmmm, I’m stumped as to what to do .. for some reason in my head I want to do a flaming skull .. well .. a skull usually ends up in the gorund .. so thats sorta like the land  ;-P Ok, thats it I’m doing a darn skull !!

Here’s a very quick step by step … I used Monster Kolor paints .. starting out with a black soft vinyl figure of Kaiju Eyezon I sprayed the whole figure with MK Charcoal. Once this dried .. I started sketching the skull and flames with a white colored pencil .. though you could also use colors, like yellow etc to sketch too. 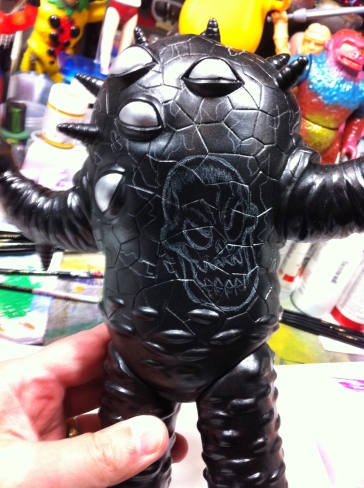 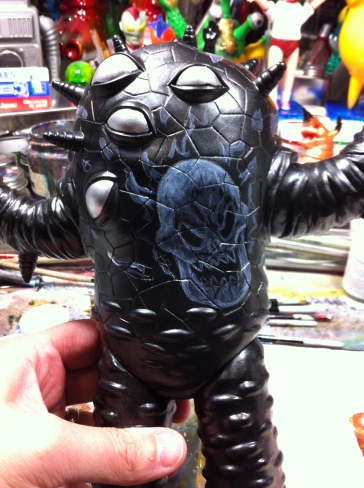 Once the basic drawing was down I used brushes to paint in the skull and flames .. it was a slow build up of white MK paint… I left out a small amount of white to “dry” out or become thicker … this I would use during the last parts of painting as a more opaque layer. 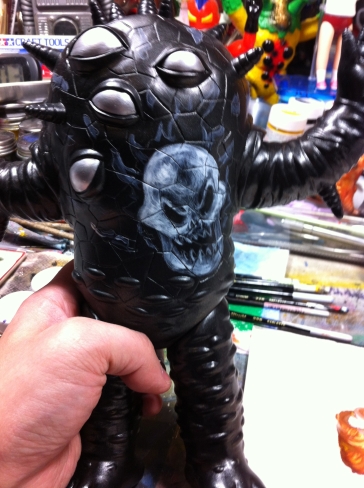 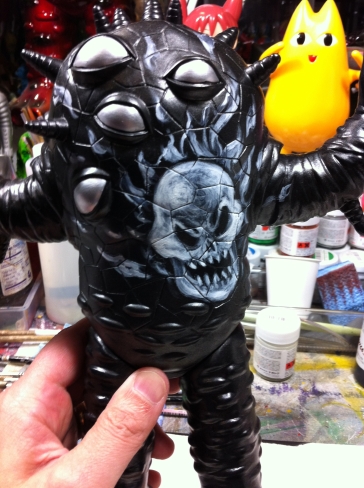 You can see as i add layers of white to the skull it starts to take on dimension and volume. This stage I’m still using a paint brush. 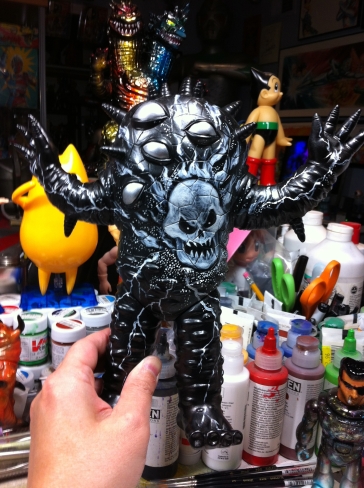 This stage the basic under painting is done. To be honest I have never attempted a painting like this on a toy before .. nor use MK paints in quite this way. Over all it was a good learning experience ;-P Ok so the next step is to airbrush the various elements. 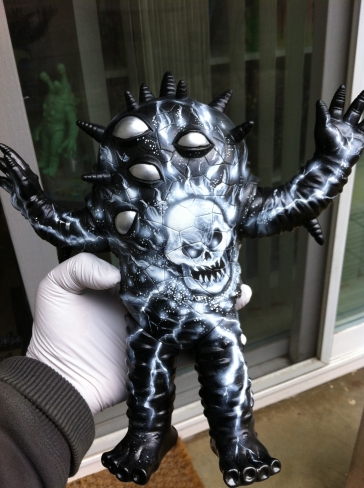 I started airbrushing white first as shown on the right here. The flames, skull, lightening etc … 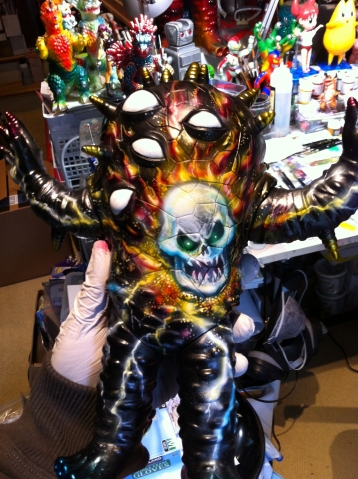 After that, MK CThru colors are airbrushed over the painted white areas. Basically tinting each section slowly building up the colors.

And back again to spraying more colors and white to pop the skull even more. Finally the whole piece is sprayed with MK Color Change flakes ( will give it a glittery effect ) and finally a nice glossy coat to seal in the paint and to bring out the depth. 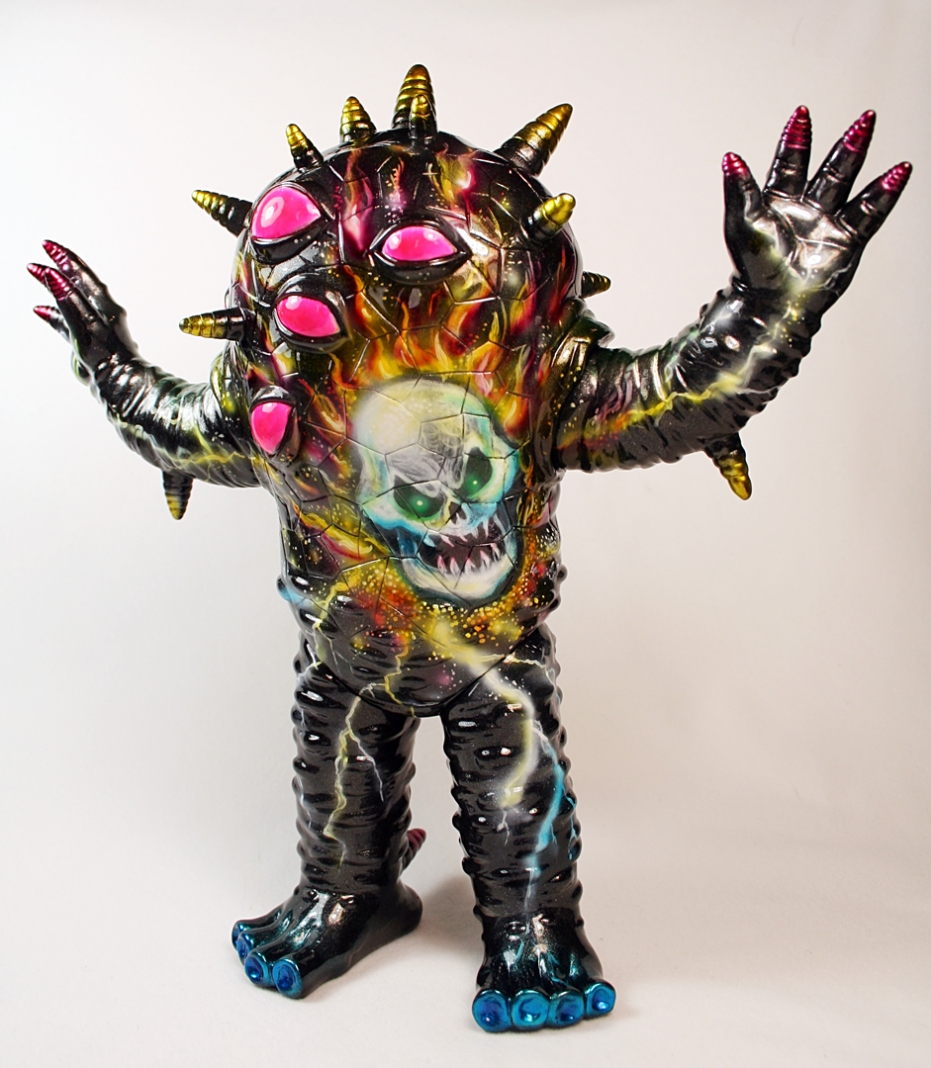 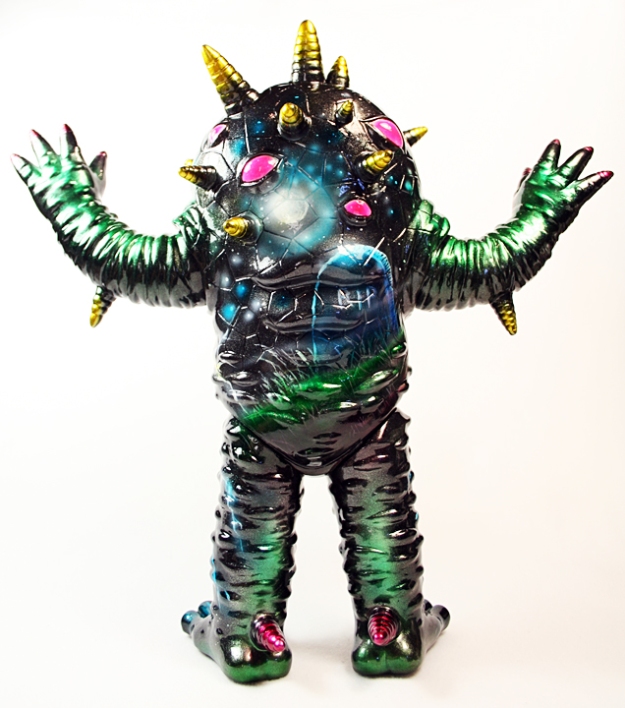 So there you have it, Flaming Skull Eyezon ! Ok now it’s your turn  😉