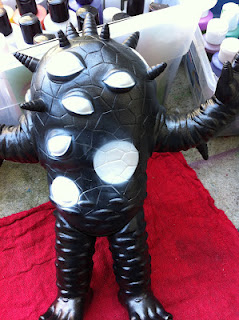 A quick step by step of my latest custom Kaiju Eyezon. This time the theme was “monsters” for this show at OneUp Japan. I was stumped a few minutes and thought … hmmm.. monsters .. well it’s already a monster ! But thoughts of Rat Fink came in and thought of what the heck .. how can you go wrong with Eyeballs … and of course Eyezon being a mutant potato … way not add eyes !

I started by spraying Monster Kolor charcoal over the whole figure as a base coat.

Using a template I sprayed down white for the eyes … 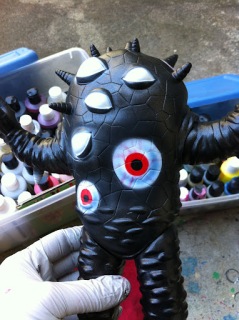 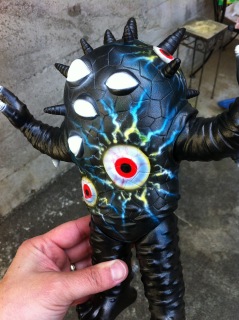 adding lightening effects … all free hand spraying … at this point I decided to not put pupils in the actual eye parts of the figure .. leaving the focus on the large ones … 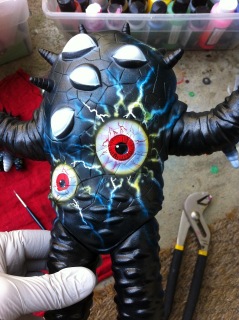 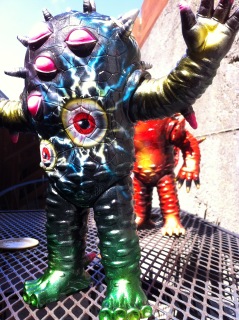 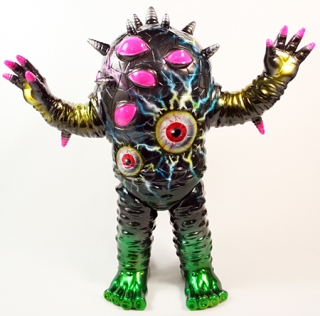 Final figure done .. I wanted the attention to be on the painted details, so kept the rest of the figure straight forward, but did a use a bright Frankenstien Green to the bottom shading .. and a Bright Lightening Yellow to the top surfaces …. 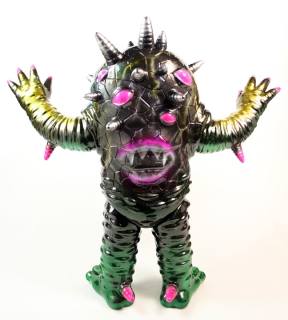 and to the back, a special monster mouth  ;-P 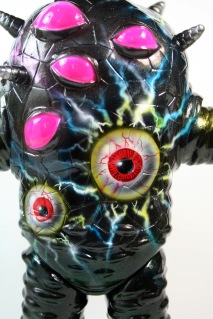 Figure is up for sale in May I believe via OneUp … they do ship outside of Japan, so you can contact them on their store site or go here .. send a simple, clear English email to them.

Thanks everyone ! We have many exciting Max Toy projects coming over the next few months ( well the whole year ! ) .. all i can say is … Kaiju Zanga … is Coming !!!