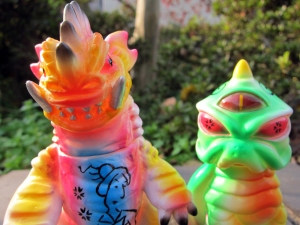 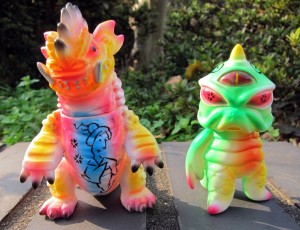 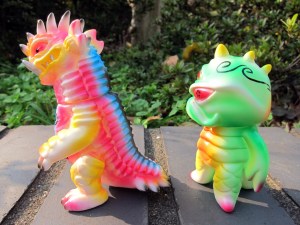 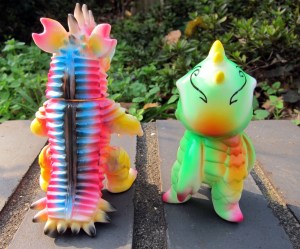 Oh and more info on Irene’s background as well … Irene’s from Taipei, Taiwan. She’s liked drawing since she was young, and she started getting interested in Kaiju in grad school, where she did an MA in industrial design. She does pen and ink illustrations, in addition to artwork in chalk and watercolor, as well as digital design. She designed the Kaiju Korner logo and banner. She also participated in the Ilanena 10th anniversary custom show, and she did the drawings, painting, + header card for the KK x Grody Shogun collab. Most of her Kaiju customs are ink or paint on blank figures. (lots of pics on Kaiju Korner web blog. Look for the Irene Fu tag.) 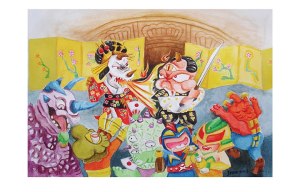