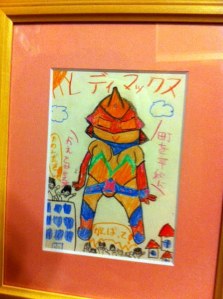 This past weekend, April 2-3, the Max Toy 5th Anniversary show was held at the Design Festa Gallery in Harajuku, Tokyo, Japan ! I was not able to make it in person, but artists, designers, toy makers in Japan all came in support of the event ! I’m still getting pictures in from this event and will post them over the next few days.

Big thanks to Yo, Dream Rocket Yajima-san and Namiko Sonobe who set up the show ! Looks great !!

Part of the show was a brief recap of the major Max Toy releases as well as this first Captain Maxx painting .. that started it all ! 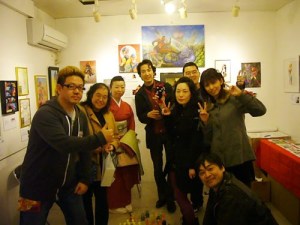 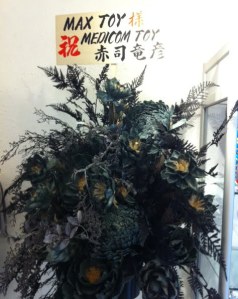 This huge flower arrangement from Medicom Toys and President Akashi-san ! Oh such a nice gesture !!! ^ ^ 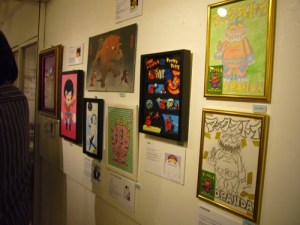 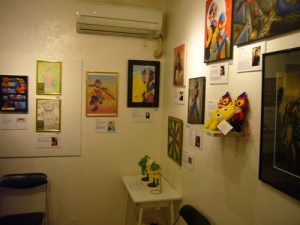 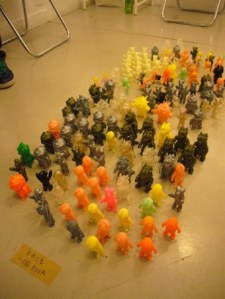 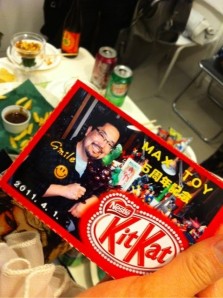 OH ! What the heck am I doing on these Kit Kats !

More pics as I get them in, but a great time was had by all !
A big Thank you to Yajima-san, Nakayoshi and Dol Roffo for helping Yo pack the show up on the last day .. and my deepest gratitude to all the artists, toy makers and fans who stopped by the show .. without your support there is no Max Toys ! Thank you so much !
The show is now being shipped to me and will be up in the Double Punch Gallery / store San Francisco, on April 23rd, 2011 – 7pm the show opens .. Art for sale, Toy Exclusives, Food !
I’ll see you there !!!