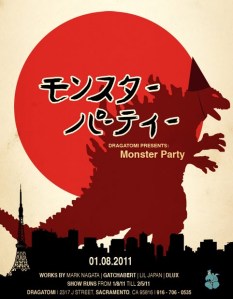 Happy New Year ! I thought about doing a recap for 2010, but in all honesty there was so much I did and I did not really keep track of everything or all releases ! Ha-ha .. lets just say it was an awesome year for myself and Max Toy Company ! So, without losing any steam, I came off of the very successful Double Punch Kaiju Bazaar show and started working on this next show called Monster Party ! Details are below … but as i write this I’m still spraying and painting ! ;-P

2011 as it stands is just about filled up for me .. looking forward we have Wonderfest in Japan, February 6th, Beauty & the Kaiju mni show at Rotofugi in Chicago, the Alien Argus show at Toy Art Gallery on February 26th, end of March back to Japan for April 2nd & 3rd, Max Toy 5th Anniversary show in Tokyo, April 23rd, Max Toy 5th Anniversary show at Double Punch + In Living Kolor SF tour … lots more and a one big “thing” that if I can pull it off will be so VERY awesome 😉 Oh, and lets not forget many more Sofubi toys coming in the next few months ! 🙂

As I look back at this past year and forward I have to say amidst all the doom and gloom in the Kaiju toy world I have noticed a slight up tick in orders and interest so lets hope this trend continues for 2011. The economy here and in Japan continues to be sluggish, and as i have heard the toy world in Japan is in an Ice Age … but, for those who do this full time, 24/7, such as myself, never say Die ! 😉 I continue to push forward, spreading Toy Karma and educating as much as I can about the Masters of Sofubi in Japan. I sometimes do not realize that folks out there may not know, but I do this Toy thing full time… it is my job but also my passion. I don’t blog much about it, but being a company of one, I do it all, from blogging, tweeting, packing orders, billing, painting toys, designing new toys, etc … so when you order you do support a small business and artist directly… so, thank you for your support !

Ok on to the party, the Monster Party !!!

Some of my customs for sale in this show are shown below… Email Dragatomi to be put on their show previews list !

I’ll see you there this Saturday !!! 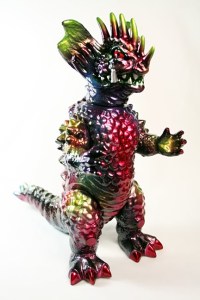 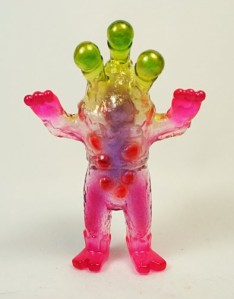 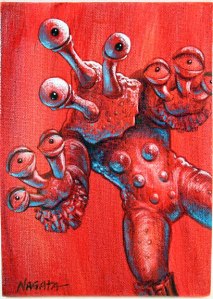 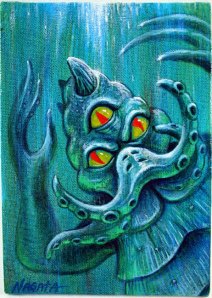 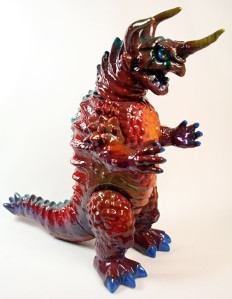