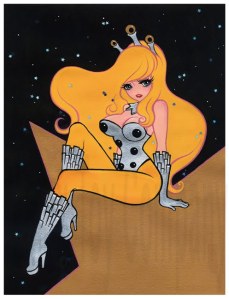 above- Alien Argus by Namiko Sonobe

This project was conceived around the idea that each women artist would take a Max Toy character and without any direction from Me, create their art as they saw fit. Each time an image showed up in my email box I would excitedly open it … Namiko’s take on Alien Argus not only blew me away, but I had to pick my jaw off the floor at her interpretation ! All the elements of Alien Argus’ design are there, and yet she has managed to bring this character and design into her own world and style!

As you will see below, the pin up style is a favorite of her’s but she can also render incredibly cute critters as well !

I do have to say I love her pin up style, and can see her line work is very much like pin up masters like Patrick Nagel and George Petty… however, there is a Japanese influence there as well … but, really it’s all Namiko !

I briefly met Namiko this past October but truth be told was not as familiar with her work as I am now .. shoot, I wished I could have asked her more questions ! Well, the next time I’m in Tokyo ( in April 2011 actually ! ) I will make sure i talk to her more about her techniques and influences. Hope to see more of her work up close, too !

Check out her blog below for custom figures she’s painted on as well.

The following interview was conducted via email and once again thank you to my buddy, Yo Miyamoto for his translations and support of this project !

Thank you for taking the time to answer these questions.

Q1: Can you tell me what kind of artwork you do ?
（ご自身のアートについて、どの様なものか教えてください）

Answer: It is something I cannot even express but very important and leads me to many wonderful encounters.
言葉にならない、とても大切なものだと思っています。素敵な出会いに導いてくれるものだとも思います。

Q2: As a child, were you always interested in Art ?
（子供の頃、アートには興味がありましたか？）

Answer: Because of my mother’s work, I grew up with many picture books. So I loved to look and draw pictures when I was a child.
母親の仕事の関係上たくさんの絵本にかこまれて育ち 、絵をみることも描くことも大好きな子供時代でした。

Answer: After I learned about commercial design, I attended a school for illustration and sketch.
グッズデザインの勉強をした後、イラストレーションの学校とデッサンの学校に通いました。

Q4: What kind of toys did you play with when you were growing up ? Any Kaiju ?!!
（子供の頃、どの様なオモチャで遊んでいましたか？ 怪獣で遊びましたか？

Q5: Any last words you would like to say to the readers of this blog ?
（このブログをみている方々に最後に何か言葉を頂けますか？）

Answer: I am so glad to be a part of exhibition that is filled with love. Let’s enjoy together!!
LOVEに溢れた展示イベントに私も参加できてとても嬉しく思っています。一緒に楽しみましょう！！ 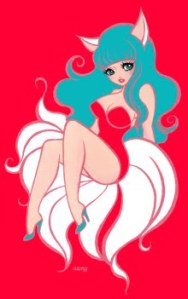 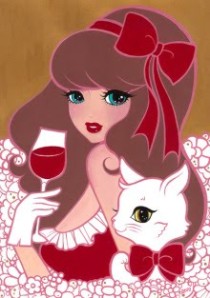 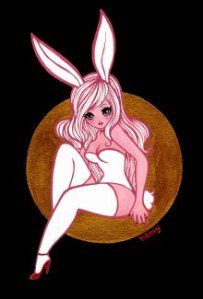 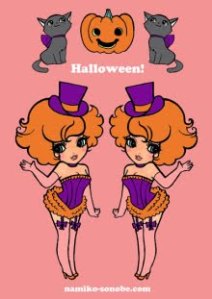 I love the cat in this one, the gesture is purrfect 😉 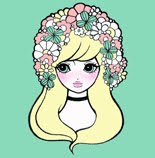 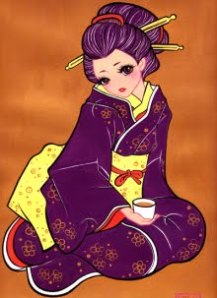 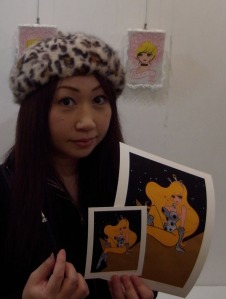 Hello, I am Namiko Sonobe.
I am an illustrator who loves the world of retro, fairy tale, cute and pop!
I draw women and characters with retro-looking, sexy and pop.
I have been participating many group shows and events.
Please check out my web site.
I sell my arts and some goodies there.

Giclee prints, signed by Namiko will be available at the show.

After the show, I will make them available for sale via my web store, http://www.maxtoyco.com.

And in February 2011, the project moves to Rotofugi in Chicago, with an added bonus we will reveal very soon 😉

I will post more interviews with the Women in the Beauty and the Kaiju project, so keep checking back !!!!