Chocolate Down Under and Beyond !

So here’s a story that really has nothing to do with toys (!), well I guess it sorta does… shoot, well at least the first part doesn’t !
So, I’m on Twitter ( maxtoyco ) a fair amount and for me it’s a great way to get news and info out without a lot of clutter but also to have quick conversations… in the midst of tweeting I’ve made new connections around the world .. which still kinda throws me for a loop if i stop and think about it , but I digress … while tweeting I found out that a couple of my counterparts, @lovelych ( artist Tulip )in Japan and @hintsandspices ( designewr and artist ) in Adelaide, South Australia are Chocolate addicts like myself !

After emailing @hintsandspices he offered to trade me a box of Australian chocolates by a maker called Heighs for some Max Toy figures, and knowing @lovelych was a chocoholic we’d send some her way in Japan as well as a surprise !
So with that @hintsandspices set out on his secret mission ! 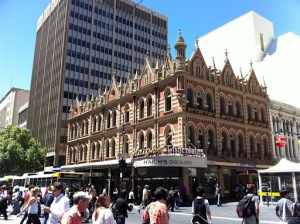 The building is simply stunning ! Inside the goods await ! 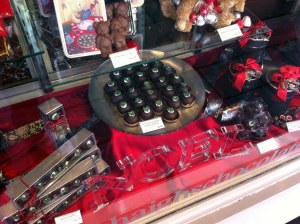 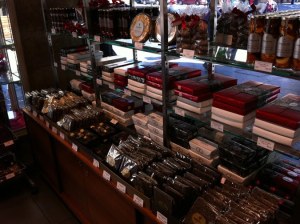 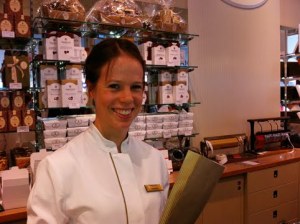 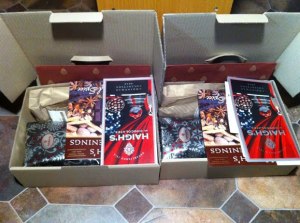 Returning to his secret base and mission accomplished, the two boxes are packed and ready to be mailed ! 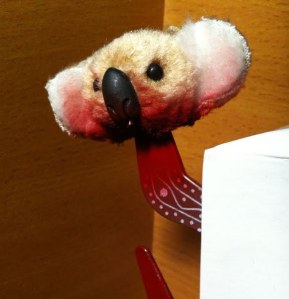 As an added bonus, @hintsandspices added his own little critter creations to the boxes, Aussie Drop Bears ! 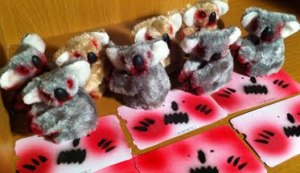 I’ll be totally honest, and I had to ask him what was going on .. these poor Koala bears are Bloody and Headless ? Ha ha … ok so @hintsandspices explains , “When I was in Japan the first thing anyone said after I mentioned I was form Australia was “Koala bears! wahh soo cuuute” but I would say they are scary! With giant claws and beady eyes and course fur! This is a true fact! If you ever hold one, they are really freaky!!!! Now drop bears are made up for a bit of a lark to make people think twice about these “cute” creatures. “
Ha ha, I get it .. but still think Koalas are Cute !!! ;-P
So after a very long wait for the post office to get my box to me, it arrived amd Holy Mother of Chocolates ! There was so much I think I’m going to go into a Chocolate Coma 😉 Lucky for me my son , Max is also a big time Chocolate lover, so we have been making our way thru each and every piece each day ! So far my fav is the dark chocolate with Cardamom 😉 but Max says all of them good ;-P @lovelych got her massive box and dove in as well !

So there you have it, I’ve met @lovelych, but have not met @hintsandspices ( I will someday ! ha ha ). However, thru social networks and despite cultural and language barriers, we have all connected virtually our love of Chocolate .. Chocolate Karma !