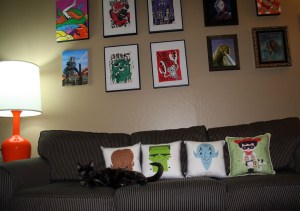 I’m VERY lucky to have some incredibly talented friends … and Ralph Cosentino is one. I can’t even begin to explain how much artistic ability Ralph has .. he’s at home with a pencil and paper or doing up a snazzy Flash animation or just talking on the phone with me and in 5 minutes he’s created 20 new characters ! ya thats for real ;-P I get an energy burst after talking to him, but than I crash when I figure I could never even approach a tenth of what Ralph has done or will do.
The other day I was surprised by getting this huge box … inside were four amazing pillows designed by Ralph and hand sewn by his wife ! They instantly took me back to my childhood of the 60’s-70’s … Ralph has this unique ability to capture certain time periods while making the characters current .. 3 of these pillows feature brand new ( to me ) characters that will make any Universal Monster fan want them 😉 Ya I know they are not official ones, no matter, these are waaaay cuter 😉 Each pillow I got is 11 x 11 x 5 inches. Now these are really not available just yet.. but they will be soon ! His new web site is called Jumbee and I would make sure you grab a full set via his site when it they are ready ! Oh and another thing I like about Ralph’s products is that he tries to make them as Earth friendly as he can … way to go Ralph !

First up is a Wolfman ! I know kids will love these .. but what makes em cool are the quotes on the back .. these are pure Ralph ! Each of them has them … 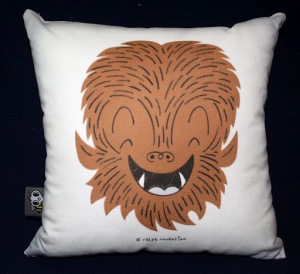 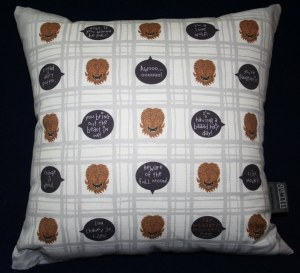 The Vampire, which is very Nosferatu-like 😉 How’d Ralph make a Vampire look so cute, I don’t know ! but he did ! 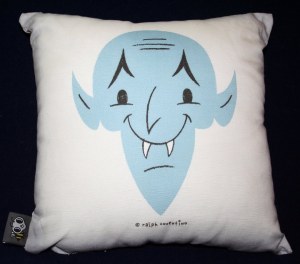 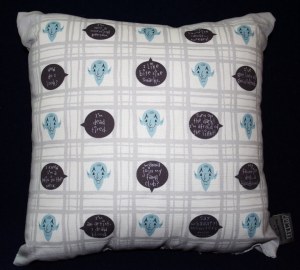 and finally, the Frankenstien monster .. ah, my fav of the group ! 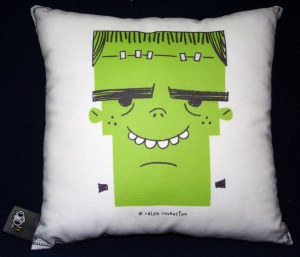 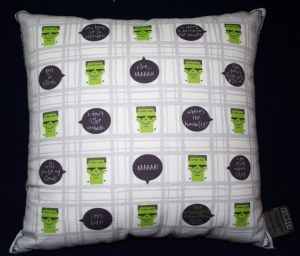 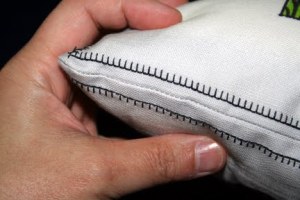 I love the extra stitching on the sides .. just like Franky ! 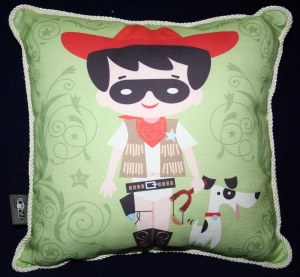 Ralphs original character called Fun-Boy now in pillow form 😉 This has to make anyone go “Ahh, so cute ! ” Yes, I’m a grown man ( well maybe ! ) and I think it’s cute. 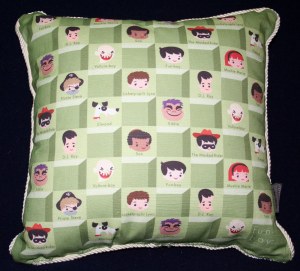 and on the back many of the Characters in the Fun-Boy world ! How Ralph has time to create so much, I will never know … ! 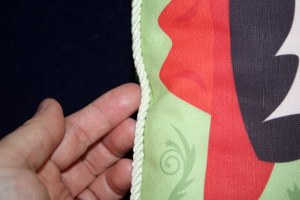 love the Cowboy rope details around the pillow !

Close up of the labels on each pillow .. on his site it says it’s a Zombie Bee , or JumBee ! Why?, you may ask… well it refers to all the Bees that are dying off in the world … and well without Bees, plants will die off .. and that’s not a good thing folks. 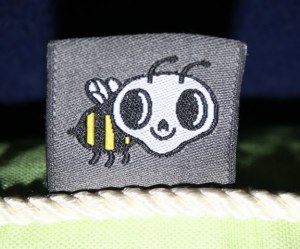 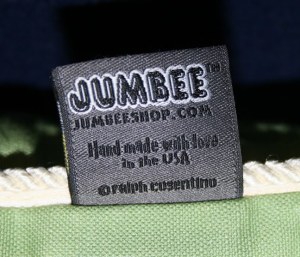 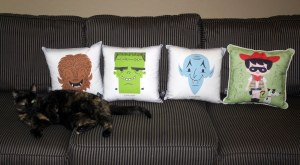 I’m a big believer in supporting good people, and Ralph is one of the best. Please support him and help spread Jumbee all over the world !!! Go Ralph !!!