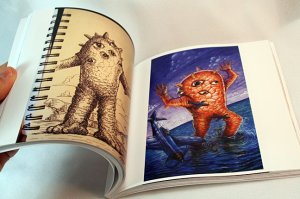 Just had this made .. it’s a 7×7 softcover book, 108 pages, about my work and inspirations. I think you’ll get a kick out of the childhood pics in it 😉 but somehow it all relates to what i do now (!) amazing what time, age and looking back can do ;-O
I have them in my Max Toy web store for immediate shipping, or you can order them via Blurb.com Order Here .
For those going to San Diego Comic Con I will be bring a few copies…so you can also purchase one from me at the StrangeCo booth, #4629, on Thursday July 23rd, 2-4 pm. 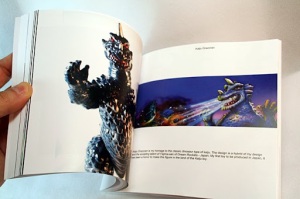 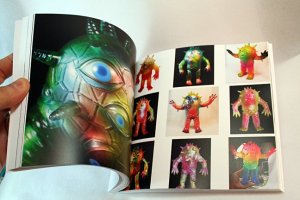 By the way even though this is digitally done ( print on demand ) by Blurb, I have to say I can not tell the difference in quality or colors.. I am extremely happy with how this came out and really a cool way to self publish.. so you should check out there services.